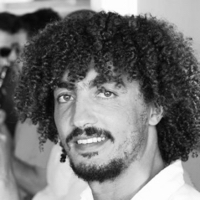 El Mahdi El Mhamdi pioneered Byzantine-Resilient Machine Learning, devising a series of provably safe algorithms he recently presented at NeurIPS and ICML. Interested in theoretical biology, his work also includes the analysis of error propagation in networks, applied to both neural and bio-molecular networks. He also works on the safety of reinforcement learning, introducing a trade-off between Byzantine-resilient perception and safe-interruptibility. After a Bachelor in Morocco, he moved to France, Germany then Switzerland to graduate in Physics. Before his PhD at EPFL, he worked as a researcher in condensed-matter Physics and co- founded Wandida, now an EPFL science video library, and Mamfakinch, a Moroccan citizen-media winning the 2012 Google & Global Voices Breaking Borders Award.