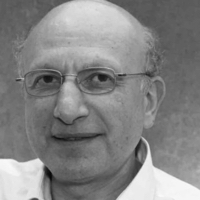 Chair of the IEEE Global Initiative on Ethics of Autonomous and Intelligent Systems and Professor of Robotics and Ethics | Pierre and Marie Curie University, Paris, France

Raja Chatila, IEEE Fellow, is Professor and Director of the Institute of Intelligent Systems and Robotics (ISIR) at Pierre and Marie Curie University in Paris (UPMC). He is also Director of the Laboratory of Excellence “SMART” on human-machine interaction. He was director of LAAS-CNRS, Toulouse France, in 2007-2010. His research covers several aspects of Robotics in robot navigation and SLAM, motion planning and control, cognitive and control architectures, human-robot interaction, and robot learning. He  works on robotics projects in the areas of service, field, aerial and space robotics. He is author of over 150 international publications on these topics.