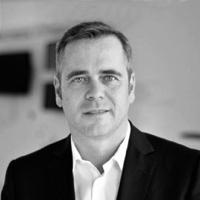 Chair of the IUT / WHO Focus Group on Healthcare in AI and Professor in the Department of Electrical Engineering and Computer Science | Technical University of Berlin, Germany

As a student, he was a Visiting Researcher at Kobe University, Japan, the University of California at Santa Barbara and Stanford University, USA, where he also returned as a visiting professor. He was a consultant to Skyfire, Inc., Mountain View, CA, and is currently a consultant to Vidyo, Inc., Hackensack, NJ, USA.

Since 1995, he has been an active participant in standardization for multimedia with many successful submissions to ITU-T and ISO/IEC. In 2000, he was appointed as the Associated Rapporteur of ITU-T VCEG and from 2005-2009, he was Co-Chair of ISO/IEC MPEG Video.

The projects that he co-chaired for the development of the H.264/MPEG-AVC standard have been recognized by an ATAS Primetime Emmy Engineering Award. He was also a recipient of a ATAS Primetime Emmy Engineering Award for the development of H.265/MPEG-HEVC and a pair of NATAS Technology & Engineering Emmy Awards. For his research in video coding and transmission, he received numerous awards including the Vodafone Innovations Award, the EURASIP Group Technical Achievement Award, the Eduard Rhein Technology Award, the Karl Heinz Beckurts Award, the IEEE Masaru Ibuka Technical Field Award, and the IMTC Leadership Award. He received multiple best paper awards for his publications. Since 2014, Thomson Reuters named him in their list of “The World’s Most Influential Scientific Minds” as one of the most cited researchers in his field. He is a recipient of the ITU150 Award. He has been elected to the German National Acdemy of Engineering (Acatech) and the National Academy of Science (Leopoldina).

Since 2018, he has been appointed the chair of the ITU/WHO Focus Group on Artificial Intelligence for Health.